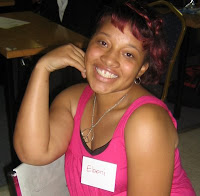 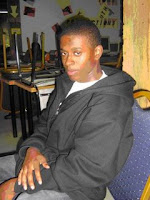 As we head into one of the best events that Cabrini Connections has to offer, the Annual Year End Dinner which will be taking place this year on June 4th, we go into the event with mixed emotions. This is truly a festive event that brings students, parents, staff, board members, volunteers, and guest all together to celebrate the end of another successful tutoring/mentoring year. But what makes this a event with mixed emotions is that we will be saying good bye to the 2009 Cabrini Connections' graduating class!

This year we have 5 seniors who will be, lets say, not leaving the Cabrini Connections' program but joining a growing list of alumni! I've been the Administrative Coordinator of the program for a little over a year, but I can truly say that I have been a witness of the growth and the leadership qualities that these 5 seniors have!
The 2009 Cabrini Connections' graduating class consist of Dominique Dobbs, LaFaye Garth, Angelene Hemphill, Eboni Rivera, and Charles Thomas, and they all have different plans as they continue on their path to a career by the age of 25. 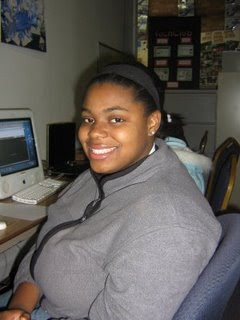 Dominique Dobbs, senior at Lincoln Park High School, rejoined the program this year after taking some time off and has done an amazing job since returning. Dominique is very interested in studying psychology, but at this point is undecided on which college or university she will be attending in the fall. 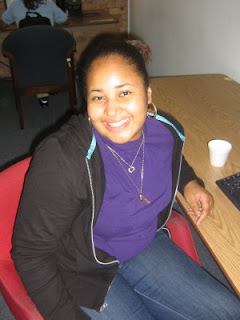 LaFaye Garth, senior at Sullivan High School, has truly been a standout in the program. For anybody who has interacted with this young lady, you understand how dedicated, committed, and driven she is. LaFaye has been in the program since September of 2004 and progressed in the program very well! Ms. Garth was the recipient of the Posse Scholarship and will be receiving over $30,000 a year to attend California's Pomona College beginning in the fall. LaFaye has also received the Gates Foundation Scholarship that will pay for all of her graduate school expenses as she pursues a career in the nursing field. LaFaye also was on a recent episode of the Oprah Winfrey show.

Eboni Rivera, senior at Kenwood High School, has been in the program since September of 2002 and has been a standout since that first day. Eboni is currently in the Cabrini Connections' Youth Leadership Council, on her school's softball team, and will be attending SIU in the fall! Eboni demonstrates her leadership in the program by assisting with the announcements on tutoring nights and by participating in various projects that the program has to offer. One of the opportunities that Eboni took advantage of and it paid off was the Halloween Essay contest that we provided last fall, and earned a free trip the Navy Pier's Haunted House on Halloween night.

Charles Thomas, senior at CICS Northtown Academy, and although he has a quiet and reserved demeanor, Charles has already begun his career path! Charles is undecided on which college or university he will be attending in the fall, but he does want to study Business once he makes his decision. Charles' goal is to one day be the owner of his own nightclub or a banquet hall. Charles is currently pursuing his dreams by working as a club promoter throughout the Chicagoland area. Charles is getting some hands on experience at an early age that can and will benefit him as he continues on his career path. Charles hopes to use the knowledge he is gaining now, along with getting a degree in business, to one day become a successful club owner!