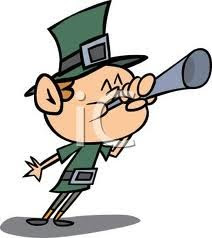 Since 1993, Cabrini Connections, a/k/a Tutor/Mentor Connection, (the “Corporation”), a 501(C)(3) Illinois not-for-profit corporation, has operated two programs. The program known as “Cabrini Connections” is a volunteer tutor/mentor program for kids 7th through 12th grade, which is operated from its location near Chicago’s Cabrini-Green neighborhood. When the organization was formed in 1993, building an organization to provide mentoring, tutoring and other activities to support teens moving from 7th to 12th grade was its first priority.
However, the founders recognized that there was no leadership in Chicago helping small tutoring programs like Cabrini Connections get the resources they needed to grow. Thus they built a program to fill this void. That program is known as “Tutor/Mentor Connection (T/MC)”. T/MC now provides products and services that help tutor/mentor programs in Chicago and other cities increase volunteer involvement, improve quality, and reach more youth; thereby acting as a clearinghouse for information on best practices for tutoring programs.

On April 11, 2011, the Board of Directors of the Corporation unanimously approved a plan to move toward separating the two programs currently comprising the Corporation. The purpose of this step is to allow each program to focus on its mission, thereby allowing both programs to become more efficient and effective. The separation will be effective on or about June 15, 2011.

In today's Chicago SunTimes was a feature story about Deval Patrick, Governor of Massachusetts, and is rise from birth in a high poverty neighborhood. He was compared to President Obama and his own rise from poverty.

In this article Patrick talks about how a teacher saw his promise and told him about a program ---called A better Chance -- that would show him another world.

I first learned about A Better Chance in the 1990s when I was contacted by A Better Chance Edina, from Edina Minnesota. I looked at their web site today and the page where they show the cost of their program. They say "The average cost to run the program with twelve students is $175,000.00 per year." That's over $10,000 per student.

We don't have nearly the same level of funding, and we don't send our teens to a private school, yet we have the same goals and our volunteers are trying to have the same impact on our teens. If we can show another world, maybe students will expand their aspirations and we can help them get there.

We're finishing this school year and struggling to find needed money. Due to this long-term struggle the Board of Directors has decided to narrow its focus to the Cabrini Connections program and no longer focus on the Tutor/Mentor Connection which we have led since 1993.

As we work through this change we will need volunteers and donors to step forward with even greater energy, talent and responsibility than in the past to help assure the ability of Cabrini Connections to help our kids become future leaders in their own adult lives.

More details on this new structure will be coming in the next week or two.
Posted by Tutor Mentor Connections on Monday, April 18, 2011 No comments: Links to this post

After a very successful 2010 Cabrini Madness debut season, the Cabrini Connections’ program was back at it and geared up to have an even better 2011 season. And a successful season it was!!! With many new and familiar faces, with some new creative ideas and concepts, and that returning competitive edge…the 2011 Cabrini Madness season served to be a great source of program advocacy and financial support for the same GREAT cause…CABRINI CONNECTIONS!!! So take some time and let look back at what was the 2011 Cabrini Madness FUNdraising Tournament

Number of Participants on Roster: 126
Students (39) Volunteers (46) Staff, Coordinators, Board Members (19) Outside of the Program Members (22) 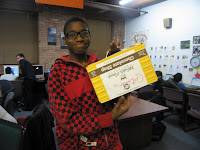 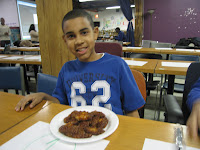 Lost In The Woods

Teams that Advanced to the Elite 8 (+ Play in Team): -Team High 5ive, Change Makers, The Green Team, Boom Goes the Dynamite, The Golden Stars, Cabrini Loyalty, The Dream Team, Cabrini AllStars, and The Kids Are All Bright

Teams that Advanced to the Final 4: -Cabrini Loyalty, Cabrini AllStars, The Dream Team, and The Kids Are All Bright

Championship Round Teams: -The Kids Are All Bright and Cabrini AllStars 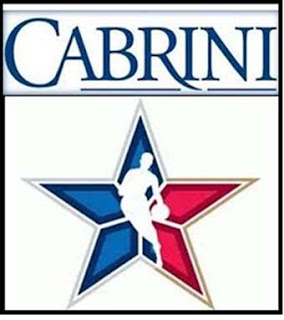 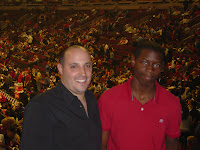 The TEMS Most Improved Team Award: The Kids Are All Bright
Team that started off low in the ranks and made continuous progress throughout the season

The Culliard 6th Man/Woman of the Year: Cabrini Loyalty (Team)
Person (or Team) that was not officially in the Cabrini Connections’ program, but contributed GREATLY to team’s success

The Martin Captain of the Year: Diana Restrepo Captain that led team to great success all season long

The Awesomes’ Most Valuable Event: Boom Goes The Dynamite (Bowling Night) Team’s event that brought in the most financial support

The Grunst Most Valuable Player: Tim Minton Person that brought in the most money that contributed to their team’s overall success
We had an amazing 2011 season of Cabrini Madness, but the support for the GREAT cause of Cabrini Connections' doesn't stop as that season ended. The Cabrini Connections' program is year around, and support for overall program needs to happen all year long as well. So if you missed out on supporting during the Cabrini Madness season and would still like to support the students, volunteers, and staff that make this program what it is...please submit your support here.
Posted by EL Da' Sheon Nix on Friday, April 08, 2011 No comments: Links to this post

Below is a graphic taken from a Planning Cycle PDF that I created several years ago. 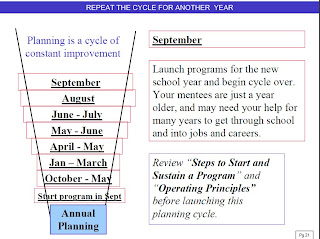 For Cabrini Connections to grow and improve in the coming years we need to expand the number of people who are involved in the planning cycle and building of organizational capacity. I can coach that process for any volunteers who want to get more involved. You do not need to take a formal role as a member of the Board of Directors to take a lead or help with this process, although if you want that type of involvement we are always looking to add new people to the Board.

See Dan or El if you'd like to know more about this planning cycle and other resources that are available to help volunteers, students, donors and others become more involved in shaping the future of Cabrini Connections and the Tutor/Mentor Connection.
Posted by Tutor Mentor Connections on Tuesday, April 05, 2011 No comments: Links to this post