Cabrini Connections Loses a Life, but Gains an Angel... 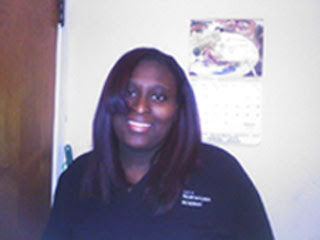 For any and everybody who has been following my Sport's Concepts articles this will be the first and I hope the last article of this nature in this series. The National Football League is made of hundreds of players, coaches, owners, and numerous staff that all come together to make up what is known as the NFL. All throughout the off season the players that make up the different teams of the NFL are looking at film, working out, running, and preparing for success in the upcoming season in which at the end...there will only be one team that can be the Super Bowl Champion. But there are moments in which the goals of the organization, the championship rings, the player stats, and the money are irrelevant; and that is when someone in the NFL family losses their life. Those in the NFL, and all others, know that death is inevitable, but I'm confident that all are shocked, saddened, and heartbroken when a coach, player, former player, front office personnel, and even when a well known commentator loses their life.

Just in the last 10 years the NFL has tragically lost players such as: Darrent Williams (Denver/Homicide), Pat Tillman (Arizona/War Causality), Corey Smith (Detroit/Lost at sea), Chris Henry (Cincinnati/Road Accident), and there has been countless others in the NFL who have suffered untimely deaths.

ake up the Tutoring/Mentoring League and less than a week ago our league, just like the NFL, we have suffered the loss of a great player. Ms. Cierria Thomas of the Cabrini Connections' organization was a 4 year veteran to the team and was definitely on the rise on the team and in the overall league. Many of her Cabrini Connections' teammates remember her as being a pretty quiet and shy young lady, but her position coach (mentor) Tonya Myers and the Cabrini Connections' coaches and front office staff remember her infection smile, her quiet confidence, and her dedication to her church and her religion.
There was a turning point in Cierria's career when during the summer months, Cierria took part in the Story Catchers summer

program in which the quiet and shy Cierria Thomas acted and performed throughout Chicago in front of audiences of all sizes. I think her mentor Tonya Myers and other Cabrini Connections' coaches would agree that as a result of her experience in that program her confidence grew, her voice became louder and stronger, and it was just an overall beneficial experience for her.
On on Sunday, April 25th a fire broke out in her Chicago home and Cierria Thomas tragically lost her life as a result of that blaze. Her brother, Charles Thomas who was a former member of the Cabrini Connections team, was able to escape without any significant injuries, and their grandmother, who was in the home as well, is still in the hospital recovering from injuries suffered in the fire.
When a life is tragically lost in the NFL, the entire league, players, coaches, media, an

d all that make up the National Football League, rally in support of their fallen "family" member to not only show their support and honor for that person, but to show respect, appreciation, and love for that person and all that person has contributed to the league. In the Cabrini Connections' organization we have begun to do the same. We altered our tutoring/mentoring sessions to discuss the tragedy and provide an opportunity for others in the league to share their thoughts, feelings, and emotions. We are encouraging all to attend the memorial services for Ms. Cierria Thomas, we are encouraging the entire league to find it in their hearts to support the entire Thomas family during these dark times, and we will discuss ways in which we can educate the entire organization about fire and overall safety. In the NFL flags are lowered, there are moments of silence before games, and other ways in which to show respect for the loss...and we will continue to brainstorm ways to show our respect for our fallen player.
Again, I truly hope that this is the first and last Sport's Concepts entry of this nature. If you would like to show your respect and your support for Cierria and the Thomas family, please view information listed here. The ENTIRE Cabrini Connections' organization would like to say we will miss you, we love you, and thank you for allowing us to be a part of your life!
Rest in Peace Ms. Cierria Thomas
11/10/1993-4/25/2010 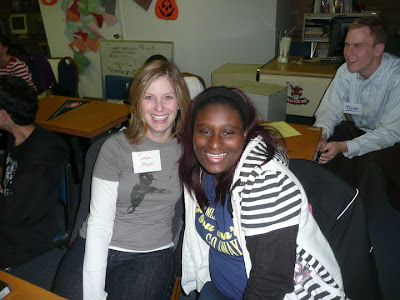