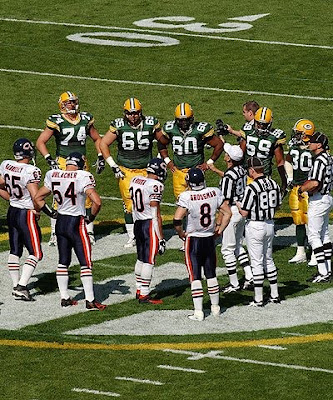 Year in and year out in the NFL, there are those players on the team who step into leadership positions because of their play on the field, but also because of they way they conduct themselves off of the field. They serve as role models, subjects of inspiration, and in many cases the 'faces of the organization." And this is just an informal role that these players take, but there is a formal process in which these players are officially selected to be the Team Captains. And if you look closely on game day you will see these leaders because they wear the letter C on their jerseys, and if you catch the pre-game activities you will see the leaders walking to the middle of the field to complete the coin toss procedure before the game begins. 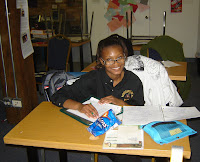 Victoria Rivera 11th grader at Lincoln Park fourth year in the program
and rookie to the program Israel Dosie7th grader at Andersen first year in the program.
The Youth Leadership Council will meet bi-weekly to discuss policies and procedures at Cabrini Connections. The Council may influence field trip destinations, the tutoring schedule, the points system, and more. They will also devise strategies to increase youth involvement and attendance (particularly in Winter months). And what makes this accomplishment for these 6 students even more special is that they were voted into the position by the coaches (volunteers) and their teammates (other students). We are truly excited to have these 6 students as our chosen leaders for this year and we hope that they can rally the entire team, organization, and the fans into truly believing in the team concept and lead us into victory this season.
Congratulations goes out to Savon, Israel, DeSean, Sean, Ashaunti, and Victoria on being selected as the 2009-2010 Captains of the Cabrini Connections' team!!! Instead of seeing the patch with the letter C in the NFL that signals Captain, these 6 players will have "CC" on their Jersey to represent the leaders of Cabrini Connections.
Posted by EL Da' Sheon Nix on Tuesday, October 06, 2009