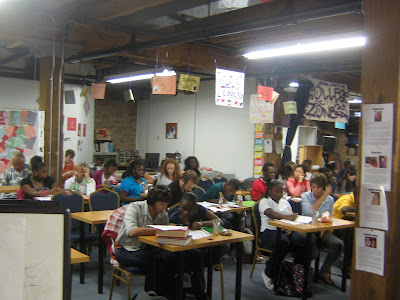 Last week the the NFL and the Cabrini Connections' program both officially kicked off the 2009-2010 season. The NFL used the summer to prepare for what every team hopes will be that magical season. Each player, coach, and entire organizations in the NFL had summer preparation, training camp, and pre-season games before there were lights, cameras, and action for that first game of the season. There were some winners, some losers, some highlights, and some injuries in that first week, but that week was just one of many as the ultimate goal of holding up that Super Bowl trophy does not take place until February 7th in Miami, Florida.

The Cabrini Connections' program went through a very similar regiment over the summer to prepare for our opening week, and what we hope will be a magical season in the world of tutoring/mentoring. We used the summer to assess what is needed in the program, get the players and coaches that we needed to add to our team, and we also had to say goodbye to several of our key players and coaches. There were planning meetings, interviews, recruiting trips, and a lot of time spent to not only taking notes from the previous season but setting goals for this season. And last week, our first week of tutoring/mentoring, I am happy to say that we had a very successful week. There were nearly 70 coaches (mentors) and nearly 60 players (students) who showed up ready to not only have a great game(tutoring/mentoring session) but an overall great season!!! 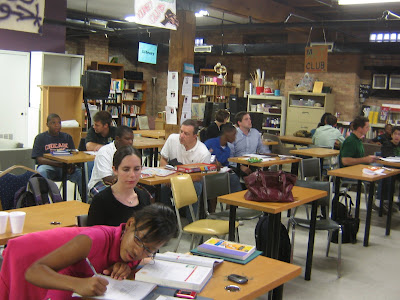 In the NFL and in Cabrini Connections, if the first week is any indicator of what type of season the team will have, I am confident in saying that we will have a record breaking season. We have veteran coaches and players, some outstanding rookies, and several new additions in our leadership positions that can and will assist with getting our program the much needed WINS that we will need this season.
So get your tickets to the game, get your popcorn ready, and prepare to support a great team, a great program, and a overall great organization!!! 2009-2010 is OUR year...don't you want to be a part of it!?!?
~HOPE, BUILD, BELIEVE, & ACHIEVE~
Posted by EL Da' Sheon Nix on Monday, September 21, 2009