Gearing Up for the 2010-2011 Tutoring/Mentoring Season 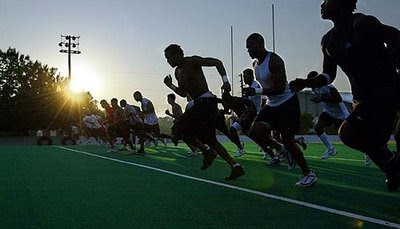 "Are you ready for some football!?!?!" For any and all football fans out there the month of August is similar to the month of December with the anticipation of the first game of the NFL season being very similar to Christmas morning. But those who truly are fans of the NFL and especially those who are either players, coaches, team owners etc...know there is a lot the takes place prior to the opening kickoff of a new season. There is a lot of film watching, the NFL draft,summer workouts, and a lot of other necessities that lead up the the opening night. 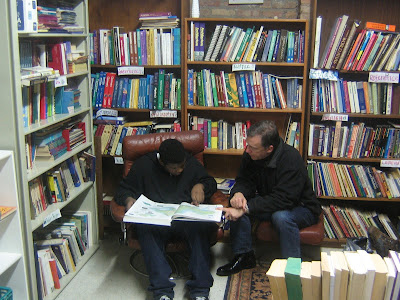 One of the routines that take place is the conditioning test that NFL players must take and successfully past each summer. This test is more than an "in the now" test, meaning that it takes preparation, hard work, proper training, and "good" health for players to past this test. So that means factors from the previous season and the work that has been put in over the summer months directly and indirectly contribute to a player's performance for that conditioning test and the results of the test can say a lot about a players past and give some insight on the future ahead.
The Cabrini Connections' organization is coming off a fairly successful 2009-2010 season, with 9 veteran players graduating from the tutoring/mentoring league and a variety of individual and team highlights through the season. Now Cabrini Connections is gearing up for an even better 2010-2011 season. And we are hosting our own "Conditioning Test" for our players and coaches before we head into the upcoming season. This summer we have been 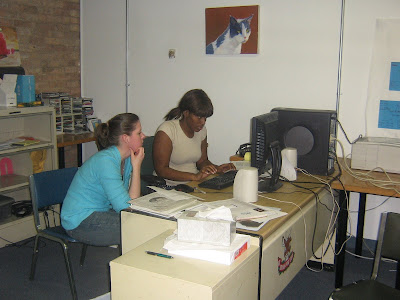 reaching out to all of our returning players (students and their parents) and our returning coaches (volunteers) for our version of a conditioning test. And just like in the NFL, to successfully complete our conditioning test it requires both players and coaches taking part in individual workouts over the summer and during the year, it requires both groups learning the playbook, and it requires "looking at film" of the previous season(s) and reflecting on what went well and what didn't go so well to better prepare for the upcoming season.
During our condition test we are looking to discuss the individuals' ups and downs of the previous season and to set goals and expectations for the next season. So far these meetings have been going very well and we have enjoyed conducting these meetings. These conditioning test has given us a better understanding of the individuals that make up our team and provides us with an idea of the skill set each member possess and the areas that need improvement. 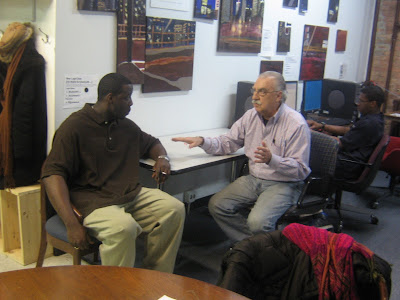 ahead and ready to hit the ground running before the official team meetings (orientations) September 7-8th for coaches and September 9-10th for players, and the opening season kickoff starts on Wednesday September 15th and Thursday September 16th.
Cabrini Connections is looking to be one of the best organizations in the tutoring/mentoring league at the end of the 2010-2011 season and we need more and more fans to support us and cheer us on to victory. Will you be a fan in the stands?