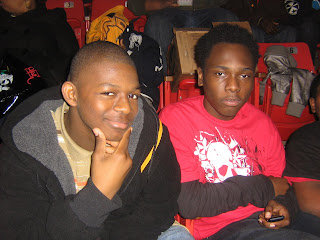 evel suite tickets. Michael Hilson of GBG Inc. has and continues to be a Cabrini Connections' supporter, and he donated the tickets to the program so that we could auction them off to bring in some extra financial support to the program.
Again the game is scheduled for Friday March 19th, at 7pm at the United Center and the 2 tickets are club level suite tickets valued at $200 per ticket. Here in Cabrini Connections we have opened the online bidding last week and look forward to a bidding competition for two tickets to what should be a G

REAT game. More information along with the bidding sheet can be found on the Cabrini Connections' website located here.

We will update the homepage of the website daily to communicate who was the highest bidder for the day and the amount their bid amount. Currently there has not been anyone who had made a bid, but there has been several supporters of the program who have inquired about the tickets and stated that they plan on making a bid in the near future.

This is a great opportunity to not only WITNESS King James and the Cleveland Cavs take on the Chicago Bulls,, but this is an easy way to directly and indirectly support the Cabrini Connections' program that mean so much to so many. We currently have around 75 students and around 90 volunteers enrolled in the program and over 500 student alumni and over 800 volunteer alumni, and this single program is what ties all of these people together. 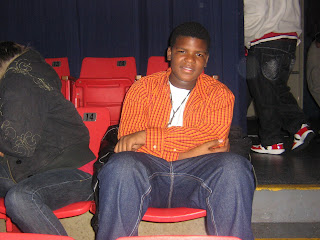