Working Thru the Holidays... 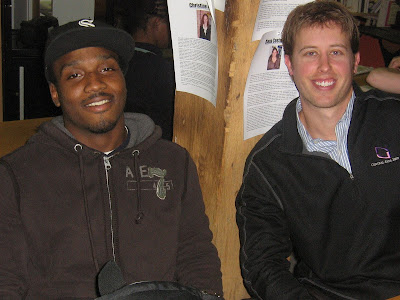 Next week there will be several NFL teams taking part in the traditional football games played every Thanksgiving day. The Green Bay Packers will take on the Detroit Lions, the Oakland Raiders will battle against Dallas Cowboys, and finally the New York Giants will play against the Denver Broncos. While the members of all of the other NFL organizations will be hopefully at home with friends and loved ones for the holidays, these organizations will be working on the holidays a 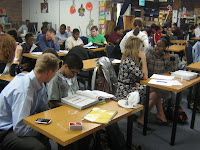 s this is just another week in a long NFL season.

The Cabrini Connections' program will be calling off practices and the games for the holiday season, but the Head Coach and all of the other members of the front offices will surely be working either in the office, at home, or while being away from the city of Chicago. We will continue to work because we know in this tough league you never REALLY take a week off if you want to be a champion at the end of the season. We will continue to evaluate the organization and all of those involved, watch game and practice films, network with other organizations, and look for more and more dedicated and committed fans to support the Cabrini Connections' organization especially during the December holidays!

I'm sure that many of the NFL players, coaches, and other organization personnel really would like to be at home for the entire Thanksgiving day, but I'm confident that many more wo 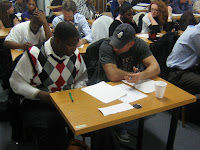 uld love to be crowned Super Bowl champs when it is all said and done. And here at Cabrini Connections we have a similar goal in mind. We definitely would like to continue getting the necessary resources into the organization so that we can be a championship caliber organization, and whether its Thanksgiving, Christmas, New Years and whether we are in the office, working from home, or on 'vacation' with work on the mind...we are always looking to get one day better...even during the holiday season!