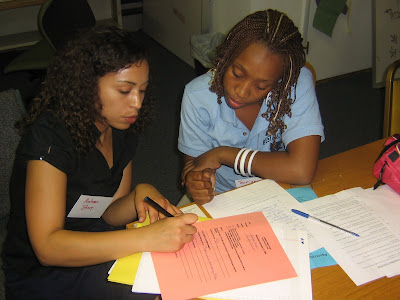 For any and all current, former, and future football players, we all understand what this time of the year is. It's the start of the football season! Players who truly love the game get this indescribable feeling where you are excited, anxious, optimistic, and a little resistant the WORST part of the season...pre-season camp! But we all understand that camp is inevitable and although we may never admit it, we all know and understand that pre-season camp is needed to reach all of the individual and team goals for the season! 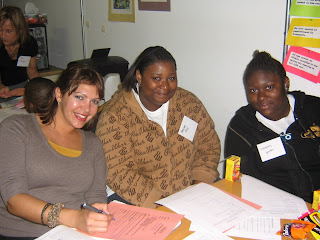 During the last week of July every team in the NFL began their pre-season camp and after a couple LONG weeks of running, studying, watching film, hitting, catching, throwing, and getting a little sleep the time has come for the teams to begin their preseason games to display the hard work that they have been putting in and give the world a sneak peek of what the teams has to offer for the upcoming season.

The Cabrini Connections' program has been having summer workouts as well. Many of our players (students) and position coaches (mentors) have been using the summer to complete individual workouts in preparation to have a successful season. Last year the numbers of students and volunteers who took advantage of the summer 'workout' pro 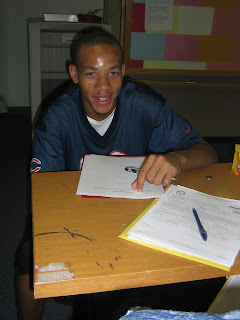 gram was fairly small, but this year those numbers have grown dramatically. Many mentors and mentee pairs have been using the facilities to get mentally and physically prepared for a great season.
And the Head and new Assistant Coach, Bradley Troast, have been working on strategies and prepping for unbelievable 2009-2010 season. We have recruited some great new players and coaches to the team, we have put together a new skill enhancement program (Video and Filmmaker's Club) that began yesterday and was a HUGE hit, and we also have a team trip planned for September 25th to visit the Northwestern University campus. We are definitely excited and truly anticipating a season where we reach all of our individual and team goals, and hopefully put ourself in a position to win the championship at the end of the season. That championship would include all of our senior graduating and moving on to the next level...college, all of our players and coaches who begin the season will still be on the team at the end of the season, we have a couple sell-out crowds at our games, and we have fans, boosters, and businesses who support our team and organization by donating funds so that we can continue our championship run for the years to come. 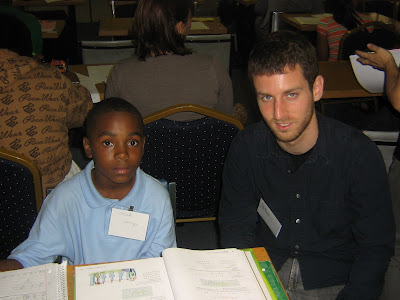 Our Pre-Season games will take place on September 8-11th here in the center, and those games will be the orientations of our coaches and our players(and their parents), and the opening night of our regular tutoring/mentoring season will take place September 16th and 17th at 6pm under the lights.
I hope all are ready for a great season...because we are!