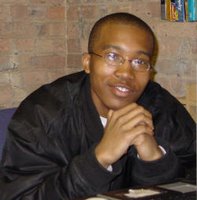 Kenneth has been with the Cabrini Connections program for five years. His volunteer is Joe Piaskowy. After graduation, he plans to work during the summer and attend college starting in the fall. Right now he plans to attend the Northwestern Business College to study business administration or the American Academy of Art to study art. Kenneth says, "It was the people that made me stay here. It was fun and I got to meet people." 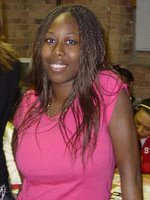 Jessica's volunteer is Renata Biernat. After she graduates, she plans to attend Northern University and study business. 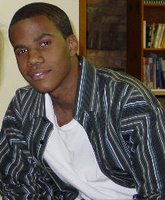 Jonathan's volunteer is Jen Heldenbiddle and he has been with Cabrini Connections for five years. After graduation, he will spend the summer working at Starbucks and then hopes to attend college in the fall. 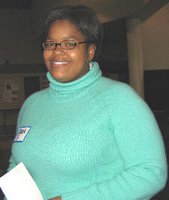 Demetris has been at Cabrini Connections for four years and works with volunteer Brian Portnoy. He plans to attend Chicago State University for one year and then transfer to Loyola or University of Illinois to study business. After finishing college he wants to go to culinary school in order to fulfill his long term goal of owning his own restaurant.