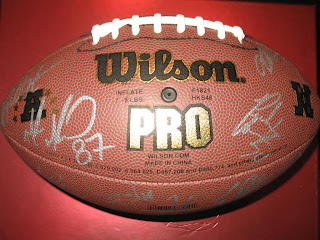 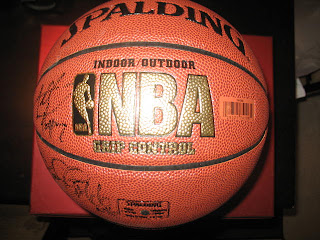 With less than 3 days before the organization's BIGGEST fundraiser of the year, the Annual Jimmy Biggs Memorial Golf Benefit, almost 20 NBA and NFL players show their support by providing autographed items to enhance the silent auction at the event.

After a brief conversation with former Northwestern University female basketball standout, Nadia Bibbs, about the work that I do for Cabrini Connections and the upcoming event she agreed to help us out in our efforts. Nadia then shared the information with several of her NFL and NBA friends and after a short time period the Cabrini Connections' program was provided with 3 basketballs and 1 football autographed by some of the biggest names in the National Basketball Association and the National Football League.

With many of the NBA stars using the city of Chicago to train and prepare for the next season, Mr. Antoine Walker discussed the Cabrini Connections' program during workouts and was able to get autographs from; Bobby 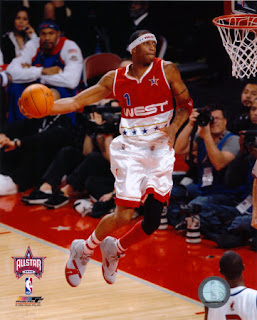 cy McGrady, Luther Head, Will Bynum, Juwan Howard, and Larry Hughes. And Mr. Walker rounded out the list and added his signature so that we could enter the ball into the silent auction on Thursday.

There is only a couple more weeks before the Chicago Bears start their pre-season workouts and several members of the team are supporting the Cabrini Connections, Tutor/Mentor Connection in a HUGE way. New Chicago Bear and personal friend, Orlando Pace agreed to take the football to the Bear's training facility and several of his teammates signed the football without hesitation. Orlando actually handed the ball off to Garrett Wolfe originally and G. Wolfe not only got all of the signatures for the football, I met up with him to run the ball back to Cabrini Connections. Autographs provided by Adrian Peterson, Jason McKey, Garrett Wolfe, Brad Maynard, Tommy Harris, Devin Hester, Kelin Davis, Danielle Manning, and Israel Idonije. Not only did we receive the football for the golf benefit, linebacker Nick Roach has registered for the dinner, cocktails, and silent auction part of the day. Mr. Orlando Pace is also planning on coming out to swing the clubs in a fun-filled day of golfing. 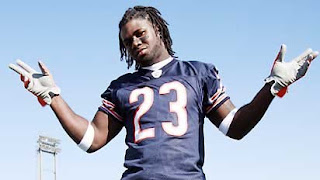 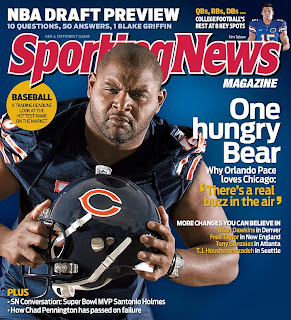 I, along with the entire Cabrini Connections, Tutor/Mentor Connection staff, students, and volunteers would like to thank the all of the players who provided signatures AND support to the program. I would also like to give a very special "thank you" to Ms. Nadia Bibbs for all of her hard work and commitment to making sure this entire act of support took place. Thank you, Thank you, Thank you!!!
Posted by EL Da' Sheon Nix on Tuesday, July 14, 2009

You are very welcome. I was very happy to help with gathering the items. The Annual Jimmy Biggs Memorial Golf Benefit and silent auction is for a great cause, to help support the Tutor/Mentor Connection. Cabrini Connections is truly an amazing concept and really makes a difference in the urban community. I would like to wish Cabrini Connections the best of luck with this event and I know it will be a very successful benefit. Please let me know if there are any other ways that I can get involved.