The Status of Cabrini Connections...

Last week during the tutoring/mentoring sessions we cut our regularly scheduled announcements and shared some pretty upsetting news. The staff, Volunteer Coordinators, member of the Youth Leadership Council, and Mike Hayes 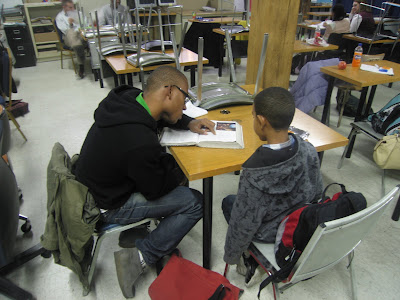 (veteran tutor/mentor and Board Member) took the time out to inform all that was present that the financial situation in the organization is at one of the worst places since the program started. This news was something that the staff and Board members have known and have been working towards fixing for months now, but following our November Staff Meeting, we decided that this was news that all in the program should be made aware of in hopes that everybody would be willing to rally together in an effort to obtain the necessary resources to keep the doors of Cabrini Connections' open.

In a small volunteer based non-profit program like Cabrini Connections, it is safe to say that we need everybody being willing to take ownership of the program and being willing to be advocates. With having 4 full time staff and 2 part time staff we can only do so much to get the word out, but with having nearly 80 current students and nearly 100 volunteers in the program that has the potential to reach thousands and thousands of 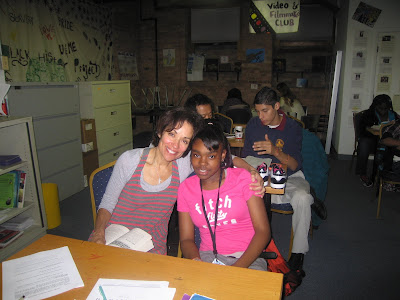 people that may be interested in not only hearing the "Cabrini Connections' Story" but they may be willing to contribute to this story having more and more chapters.
Although we are going through some very tough times financially, I not only felt good leaving the center at the end of the sessions; as one of the leaders of the program...I felt proud of the positive response from both volunteers and students. We had a number of students and volunteers share ideas about ways in which to get the word out and we even had two Thursday night students kick off the FUNdraising Campaign by donating some cash themselves!!! There were tons of ideas thrown out and here are a few:
*Holiday Banquet
*Use the Cash for Gold service
*Phone raiser (donating used electronic devices)
*More people participating in writing grants 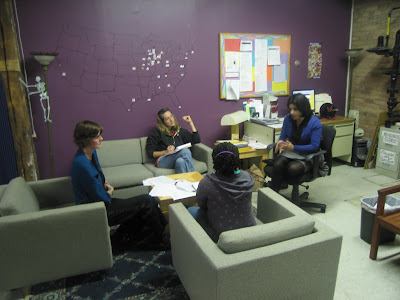 *Matching program from various companies
*Selling candy bars and other candy
*Various tournaments (ex. Flippy Cup)
*5K run/walk in Lincoln Park
*Talent show and Penny Jar
*Utilize various websites (Donors' Choose and Charity Navigator)
and MANY MANY more!!!
One of the basic ways in which everybody in the program can assist with getting the word out during the holidays is by using the annual Holiday Appeal letter that is located on the homepage of the website. We have made over 100 hard copies along with the request form, but we are encouraging all students, volunteers, and anybody else that is looking to assist with getting the word out, to personalize the letter by talking about your own personal experience in the program. And one of the easiest ways in which people can contribute is to donate online using this link. 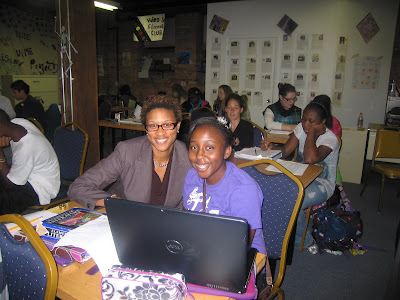 Again, it is unfortunate that we had to share this news about the financial status of the program, but unless we get more and more people out being willing to share the "Cabrini Connections' Story" with those in their network in hopes that they will support...we will not be able to continue running this program that over 500 youth and over 800 volunteers have been a part of since 1993.
As the holiday season quickly approaches us there are many things to be thankful for and we believe there are many that can share stories about being thankful for being a part of the Cabrini Connections' program. Make an effort to share those stories. And many believe that "Tis the Season for Giving..." so hopefully you and others in your network will consider giving to a program that has meant so much to so many.
~Happy Holidays~
Posted by EL Da' Sheon Nix on Monday, November 22, 2010