And The Winner Is....Cabrini Connections!!! 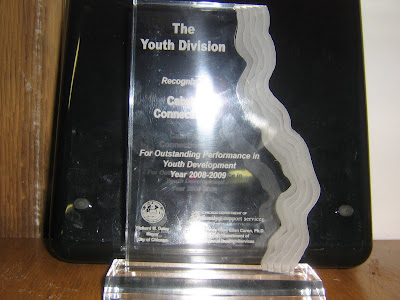 In the NFL's history, the present, and in the future, there will players and coaches who do it for the money, fame, and/or the love of the game. And when I say "it" that refers to the hard practices, the long film sessions, the abundant amount of travel, the injuries, and all other 'sacrifices' that those involved in the NFL take on as being a part of the game of football that many have grown to love over the years.
I'm not 100% sure, but I would say that there are some that do it for the money, some who do it for the fame, some that do it for 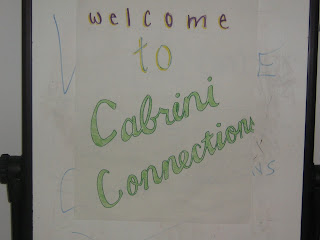 the love of the game, and many who do it for a combination of those three. There are many advantages to being a coach and a player in the National Football League. There is the money, the cars, the opportunity to play a sport that many have played since they were youth, and amongst other advantages is the type of plaques, trophies, and incentives are provided to those who become some of the best in the game.
The Cabrini Connections' organizations strives day in and day out to be considered one of the best programs in the tutoring/mentoring league. We try to recruit the players (students) and coaches(volunteers and staff) that our team needs, we make sure our facility is a safe and attractive environment at all times, and then week in and week out we try to get "one day better" as individuals, as a team, and as an overall organization so that we are not only attracting more and more fans (donors and supporters) but so that we can be considered one of the best in the league. And as the Head Coach of the Cabrini Connections' program I am extremely proud to announce that we were considered one of THE BEST!!!
At the Delegate Agency Recognition Luncheon that took place at the Parkway Ballroom on Tuesday December 1st, the Cabrini Connections' program was recog 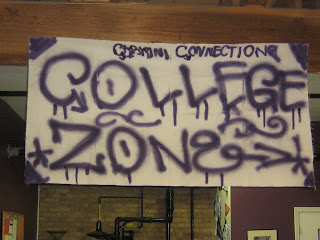 nized "for Outstanding Performance in the Youth Development for the 2008-2009." We were recognized for having over 90% attendance for our students and volunteers, for our ability to utilize the funds that they city provides us effectively, and for our ability to complete our documentation completely and punctually!
So while many do it for the money, fame, or the love of the game, the Cabrini Connections' organization does it for a combination of all three. The most important reason why we do the work that we do is because we love to provide those in our program and throughout the world with the resources needed to be successful in and outside of the program, and in the present and in the future. An 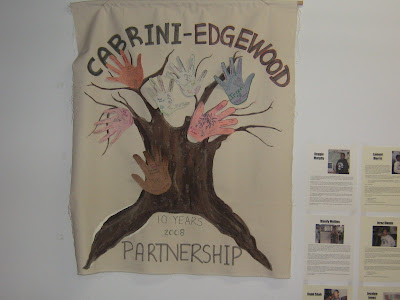 d because of that love for the 'game,' we hope our work continues to be recognized by future players, prospective coaches, and tutoring/mentoring fans! And as a result of that recognition we hope that our players and coaches will find ways to support the organization now and when they become alumni of the program. And those fans (donors and other supporters) will continue to recognize and admire the work that we are doing and not only continue to support our organization, but will reach out to others to become fans as well!!!
I want to personally thank Monica Dunleavey-Gerster for the nomination, the committee who selected our program, and each and every staff, students, volunteer, parent, board member, and donor/supporter who contributed to this recognition.
~THANK YOU~
Posted by EL Da' Sheon Nix on Thursday, December 03, 2009

Congratulations to us all. Without one another we would not be able to make this happen. Let's keep up the good work.